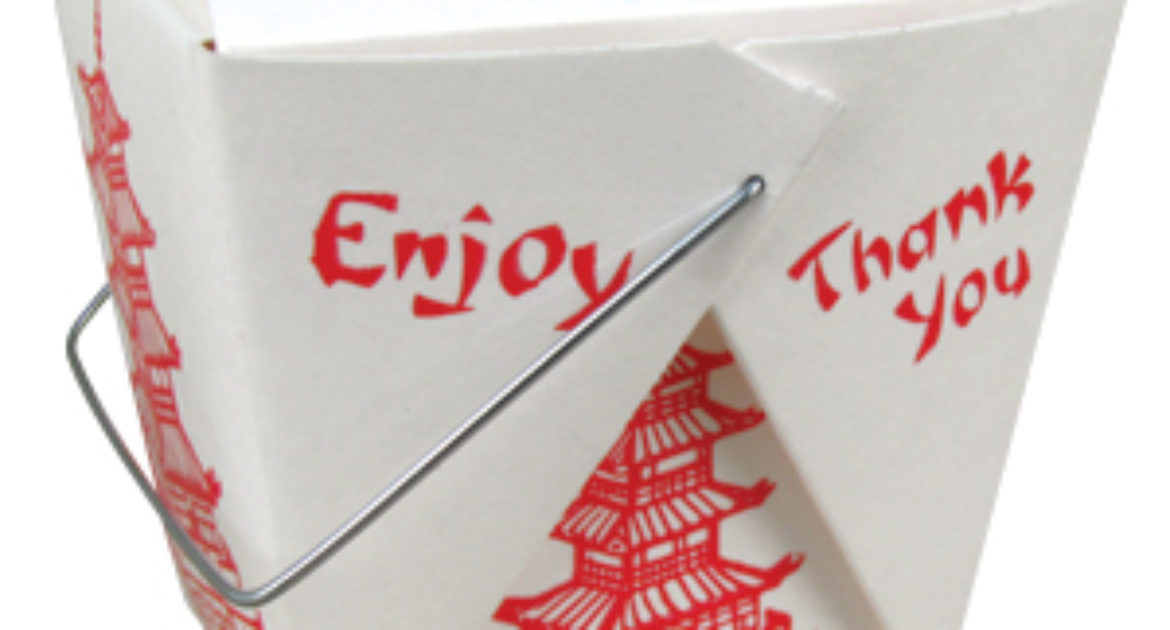 Once I put a take-home container of Chinese food under the front seat of the van I was travelling in with my rock band in the 80s. After about a hot day-and-a-half, we couldn’t figure out where the bad smell was coming from.

When our lead singer Trish finally found it under the seat (next to the heater), she threw it out the window.

We were in a parking lot so the damage could have been worse.

I had the same sensation yesterday while sitting in on a team meeting. No one was looking at each other, the scrum master was talking in a slow, dejected way, and everybody seemed beat.

So I asked a few questions: Do you have too much scope? Too many crazy business partner requests? Bad estimates? Someone on the team not pulling their weight?

They showed me their backlog crammed into a printed out power point slide and said it was doable. But they were still grumbling.

Then it hit me: Weeks before, I’d asked the scrum masters to picture their work on the slide so I could show it to the other execs (along with a slide for all of the other teams).

Weeks later they were still trying to keep that slide up to date, even though the scope was changing frequently and all of the changes didn’t fit on one page.

They were afraid if they didn’t finish everything on the slide in the order it was presented, and keep it up to date on a daily basis, they were going to get in trouble.

We threw the slide out the window. “Use whatever works best for you guys,” I said.

In an instant, I could smell the fresh air rushing in to the team room.

My lesson: put a time limit on processes (especially any having to do with giving status), and keep my nosing around for my own mistakes before they rot.