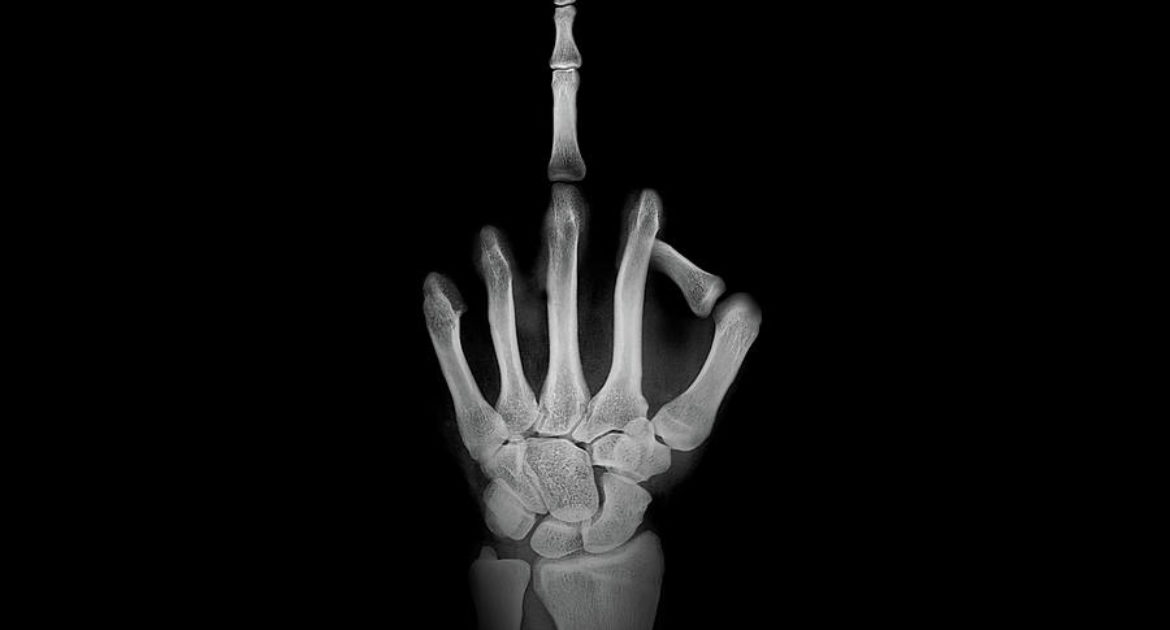 We were only half-way through our second song when a middle finger jutted into the spotlight in front of my brother Bob, our lead singer.

The disembodied bird was raised high, waving back and forth like an angry fuel gauge.

If you’ve never played in a band, from the stage, you might be surprised to know that looking at the audience is like looking into San Francisco Bay on a foggy night. You can’t see much unless something punches through.

We were a badly-matched warm-up act for the Stray Cats, so we didn’t expect the crowd to love us.

But we didn’t expect someone out there to hate us.

Bob waved for us to stop playing.

I still remember the stale smell of that theater at that moment.

He pointed down to the faceless guy and said, “Ladies and gentlemen, I’d like to take this opportunity to introduce you to our manager.”

That was over 30 years ago.

My brother’s still a funny, quirky guy. He builds Big Daddy and Aurora Monster models on the weekends, pieces together huge jigsaw puzzles while relaxing at any of his several vacation homes, plays in several bands, is the CEO of a successful interactive agency in Manhattan and holds together a wonderful family with chewing gum, baling wire, and will.

He lives for positive, creative things, and still responds to disembodied fingers, on stage or at work, with a sense of humor.

In a time when everyone apparently is required to have a complaint and express it loudly from behind a curtain, Facebook, or other darkness, I know that’s hard.

I recently saw one of Bob’s new bands, the Velveeta Underground. They play bluegrass versions of Velvet Underground if you can imagine that.

When Bob plays, he’s full body, rocking, swaying, and nodding, deep in the chaos, almost in coitus, or at least lost in the joint effort.

After the third song, he took a breath, reached into the ‘request bowl,’ and silently read through a few of the slips the audience had snuck in.

“Folks, it looks like we have a number of similar requests tonight,” he said.

That one still makes me laugh.

Even in these times.