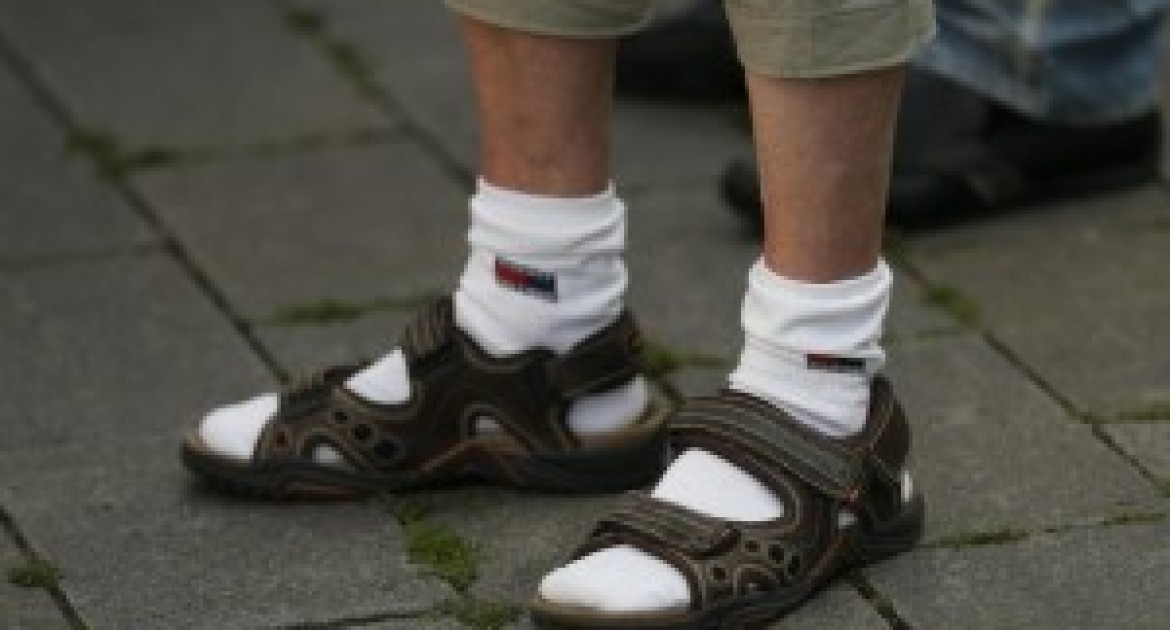 By noon, the hallways were empty. I’d missed Meditation with Lyssa Adkins by four hours and Luke Hohmann’s keynote, “Awesome Superproblems,” by two. Every room either said ‘Session FULL’ or a volunteer was telling latecomers they’d have to stand.

The Capital Wheel, a 180-foot high Ferris wheel turned listlessly at the end of the pier. I could see the Washington Monument obelisk from here.

I blamed my lateness on the free drink tickets the night before.

Then I saw a sign in the corner: “Need Some Coaching?” a scribbled arrow pointed south away from the action.

I could use a little coaching. I’d just been hired to support a big eCommerce project that had gone off the rails, and I wasn’t sure exactly what to do about it.

I walked down a corridor, turned left, then right, then another left. In a dim room, I found 6 folding tables. A guy in his 30s in a Rally Software t-shirt, cargo shorts, Teva sandals was stuffing a ragged composition notebook his backpack.

He looked like he was on his way to lunch and wasn’t all that happy to see me.

The Agile Alliance attracts over 2,300 project managers, consultants, and what are called ‘Agile Coaches’ from all over the world, who present over 200 presentations on how to fix troubled projects just like mine.

This year, the conference was held at the Gaylord National Resort & Convention Center across the Potomac from Alexandria, Virginia. Generals Robert E. Lee and Jubal Early bivouacked here before unsuccessfully launching their assaults on Washington D.C.

“Got a minute?” I asked the coach.

He said OK, took his notebook out of his backpack and sat back down.

I told him what I knew about my troubled project: Lack of clear requirements. No retrospectives. No clear product vision.

While I rambled, he drew cartoons of Roman coliseums and spacemen in his notebook.

Then I took a breath and waited.

He paused his doodling and looked deep into my eyes.

“So, what do you think you should do?” he asked.

I once attended a Tarot reading in the basement of a Unitarian church when I was a teenager. The card reader, a young guy with beads and halitosis, asked me that question in the same tone of voice. Right after he’d dealt a number of cards with skeletons on them.

I gave the coach as much as I could figure out so far—a few ways to apply Craig Larman’s feature-team model from Scaling Lean & Agile Development, using Skype to overcome the distance, and a few thoughts on how we could re-arrange project leadership.

“Yep. Not all of it. His books are massive.”

He put his notebook back in his backpack indicating the session was over, then he gave me a yellow sticky to write a one-word feedback for the session and place on the wall behind us. Words like “Fabulous” and “Worthwhile” were written on the mosaic of stickies already on the wall.

The clock struck the hour and every door of conference hall flung open. Thousands of people, hunchbacked over cell phones, scurried to another room before the FULL signs went back up.

I’ve had several coaches over the years: sports coaches, business coaches, and ‘life coaches’. Most of their advice has been a variation of the Agile coach’s “What doyou think you should do?” delivered in a similar basso profondo voice.

Great coaches know the basics and enforce them, at least until the team can forget them.

My success with these coaches has been similar to success with the Tarot reader. If the coach happened to put words to un-named thoughts I already had rumbling around in my head, I loved their advice. If not, their words evaporated like frankinsence.

I’ve had a few great coaches in my life, however; people who have changed my life for the better, doing more than instantiating my internal dialogue. Thinking back on them, there are four key elements I’ve noted with every one:

The best coaches have lots of experience mixing and matching the basics and aren’t tied to one recipe.

For the rest of the day, I watched presenters, butts facing the audience, read from their anti-management, leave-us-alone slide decks:

One guy admonished us to never hire anyone unless they could first recite the Agile Manifesto word for word.

By the last session, the sky had dimmed to a deep gray over the Potomac. Two guys in red windbreakers tugged a raft packed with fireworks mortars into the harbor.

I kicked around the idea of heading into DC in the morning for a little sightseeing instead of more process presentations. But the thought of standing around gawking at the Whitehouse, dusty space ships, or stuffed bison made me want to pass out on the lobby sofa.

Then it hit me: The inspiration and answers I was looking for were back at home with my team–the other guys in cargo shorts and Tevas. My guys. The team I could huddle with, readdress the basics, and fight our way to the ramparts.

I called Delta. The last flight home was at midnight. Time enough to use my last two drink tickets.