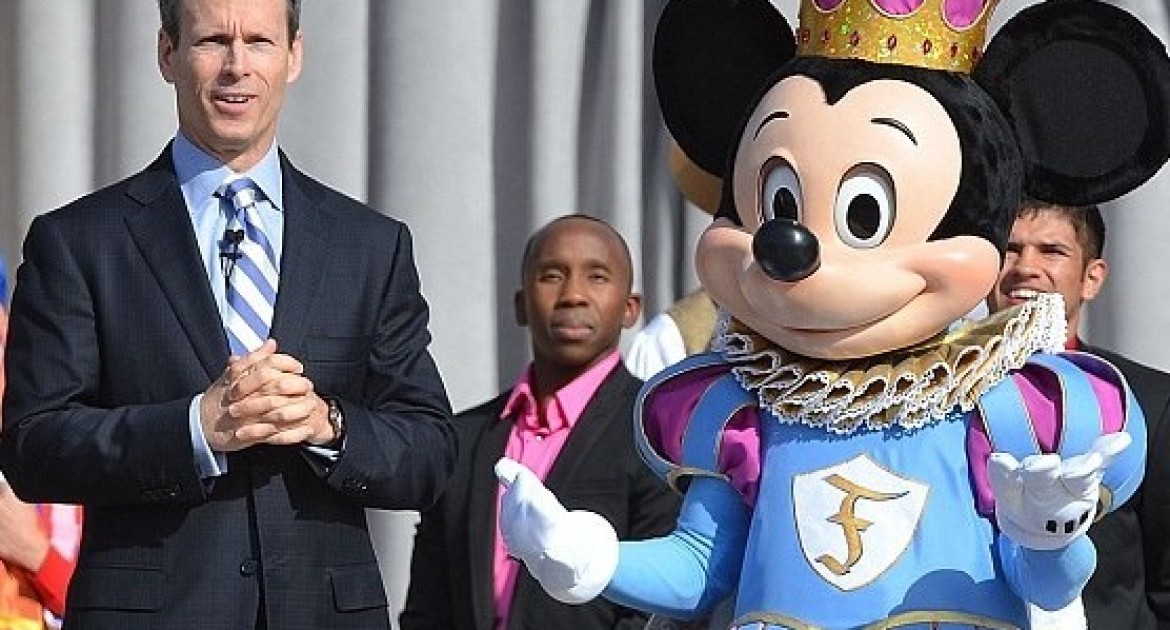 The news of Tom Staggs’ resignation from Disney after 26 years at the company came as a shock, at least to me.

No official statement explaining his departure has yet been released, but in less than 24 hours, there’s plenty of speculation, including cost overruns at Shanghai Disneyland, fears ‘he’s not creative enough’, and Staggs’ own impatience at 5 years of CEO vetting by the Disney board.

Everyone is suddenly trying to figure out if this guy was a prince or a frog.

My experience says he was both.

Everyone is suddenly trying to figure out if Tom Staggs was a prince or a frog. My experience says he was both.

I was lucky enough to work (across a big lily pond, mind you) with Mr. Staggs on the MyMagic+ project, the billon-dollar plus project that consolidated payments, FastPasses, and room access on colorful RFID wrist bands.

Based on his ever-present good humor during a grueling, politically charged 4-year project, I highly doubt impatience was the cause of his departure. 26 years at Disney requires a Buddha’s (or 007’s) insensitivity to pain.

Thinking about Mr. Staggs reminds me, once again, that project success is never about technology or process–though I’m a huge technology and process guy.

Project success is about people–especially the DNA of its leaders.

My interactions with Mr. Staggs indicated he had the DNA to be a king, some day.

A Gentle Knock at the Door

Here are a few traits I noted, as well as a few indicators you might be working with a common bullfrog:

Vision: Tom Staggs didn’t dream up MyMagic+, but soon after he was appointed as Chairman of Parks & Resorts, he came in, saw it, and pushed it forward.American culture is inebriated with inventor visionaries.In reality, most products are invented somewhere else (PDAs, electric cars, ride sharing). Another leader, realizing its potential, brings it to the masses.

Sometimes, we just need a leader to say, “Yep. This is the direction we’re going,” then suffer the slings and arrows to get there.

Kiss the frog: Want to know if your leader has vision? Ask him or her to prototype it. Better yet, show the prototype you’ve already developed and see if you leader asks good questions and gets behind additional development and testing. If they don’t, your leader may not be the prince of your dreams.

Engagement: After taking the helm of Disney Parks & Resorts, Mr. Staggs jumped in to MyMagic+ quickly, focusing the teams, bringing in leadership, and when things got ugly, continued to sign the checks.

Kiss the frog: If your leader shows up to give a speech for just the first ten minutes of the project kickoff, then disappears in a puff of nondescript meetings, he or she may not be the prince or princess of your dreams.

Persuasion: Mr. Staggs was, and I’m sure still is, a persuasive speaker: A funny, personable, and a smart story teller (you laughed, but it hurt). He would often chide members of the teams (especially Joe Rohde, the Chief Creative Director of Imagineering) or reveal his own challenges. As CFO and Bob Iger’s appointed Boy Wonder, Staggs wasn’t one of us, of course.

But, with every word, he showed he cared and supported those with the talent he didn’t have.

Kiss the frog: Many executives are good public speakers, but do they incent team action? If your leader gives a rousing speech but nothing happens tomorrow, he or she may not be the prince or princess you hoped for.

Delivering a big project like MyMagic+ was a team sport that required planning and process. But, even if the planning and process are exactly right (they weren’t on MyMagic+), no project can be successful without a strong leader to protect the team from the elements.

It Could Get Grimm

My fingers are crossed a Disney fairy will enchant another prince or princess (Ms. Sandberg, get your ball dress ready) as capable as Staggs.

If not, Disney (and my Disney stock) could slip back into the swamp.