A Week Later: Reflections on SXSW 2015 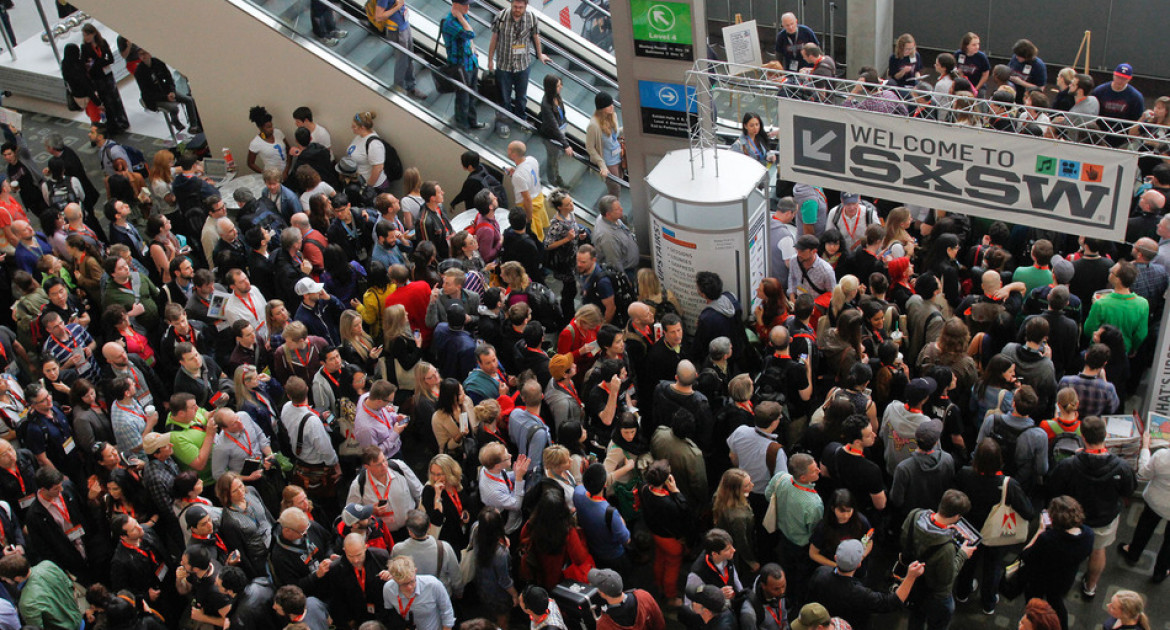 Most of us go to SXSW for the music, the parties, and the brisket. But we come back year after year for the ideas and the connections. The 50,000-some people who come to Austin are like ‘idea marbles’ rolling around in a big bowl. You never know if you’ll actually bump into another that will start a chain reaction that turns into something real.

Unfortunately, at SXSW, most of us have our heads buried in our cell phones as we run from event to event, so even if we bumped into Mark Zuckerberg handing out first round seed money, we wouldn’t notice.

This year, I bumped into three themes over and over again I couldn’t ignore.

Meerkat was the talk of SXSW. It’s an app that allows you to stream video from your phone through Twitter (though Twitter quickly blocked them and launched a competing service days later). It was so successful, the three guys that build Meerkat got $12M in seed funding.

Beacons, little tabs that you can stick on walls that send out little signals to your phone were also big. Several folks mentioned the Apple watch and Oculus Rift, a virtual reality viewer was big again this year.

To me, all these new creations allow us to be, what Don Tapscott called “alone together”. Now we can be in a room with 10,000 people, staring at our phones, Apple watches, or virtual reality screens, scrolling through Twitter, and finally figure out what the person sitting two seats away is up to.

However, the more important phenomenon I noticed on the streets of Austin was an urge for most people to just being left alone.

In a slight shift from what I’ve heard over the past three years at SXSW, privacy—at least anonymity–is coming back. And not just to shield others from prying eyes, but to allow people to be alone with their own bad habits while not hurting anybody else. I noted a clear need for folks to be able to walk down the street and be invisible.

Of course, as humans, we can’t stand to be alone, invisible, or anonymous for long. We crave fame. At least our 15 minutes of it (Andy Warhol was referred to several times in sessions–especially his prediction that we’d all have 15 minutes of fame).

However, as much as folks at SXSW thrive on social media, few are becoming famous there. With hundreds of outlets to stream our every thought and move, I sense we are as lonely and alone as ever, but now with analytical proof no one cares.

The thing that struck me about the folks who have lasted longer than 15 minutes (like Andy Warhol, Will Ferrell, Jessica Alba, or any of the other famous folks walking around or talked about on the streets of Austin) is they had a good story, or have been part of a good story compellingly told.

Brian Grazer, the famous producer, said on one of the panels, “If you not telling a story, you’re in search of one.”

“If you not telling a story, you’re in search of one.” Brian Grazer

I think he’s right. We want to be near people who have a good story. A good story is like a dog whistle.

Social media has given us the stage but not the story. The story tellers who have used the social platforms the best are the ones who have been using speaking, movies, books, and even radio like pros for a long time. Social Media is just another outlet for them.

I suspect the next wave of useful technology will help us construct and consistently tell our stories better and less time on the building the platform to deliver them.

Like a teenager, I still enjoy it. The noise keeps me from having to think. I can waft through the streets and just feel the energy.

But all of us, even teenagers, need a rest from the din every once in a while, to take a moment to reflect and think. This year I found that solace in SXSW Film. Sitting in a darkened theater after a day of talks, panels, and bands was like getting a massage. It was a chance to be in a quiet, air conditioned dark, and listen to one song. From beginning to end. Sometimes from the heart. Sometimes not.

Strangely enough, waiting for the movie to begin, urged to turn off their cell phones, I found most folks were friendlier, calmer, and more likely to turn and talk to the person next to them.

I predict, based on what I saw at SXSW that movies, books, and just sitting alone quietly will make a gradual comeback.

All of the above is not to say technology won’t be a large part of bringing us back to quiet, thoughtful connection with ourselves and others.

For instance, I sat in one session where we brainstormed ideas on how we could make SXSW even better next year. After many ideas were thrown up on the wall, one little voice from the back said “How about Pandora for events?”

There was a hush in the crowded room. With a simple algorithm, we could reach across the web and find others who liked the same type of speakers, bands, and movies that we like, and learn more about us over time.

For a few seconds, we all sat in silence after the simple suggestion, hopeful and happy that technology might help, some day, connect us with the person sitting next to us.