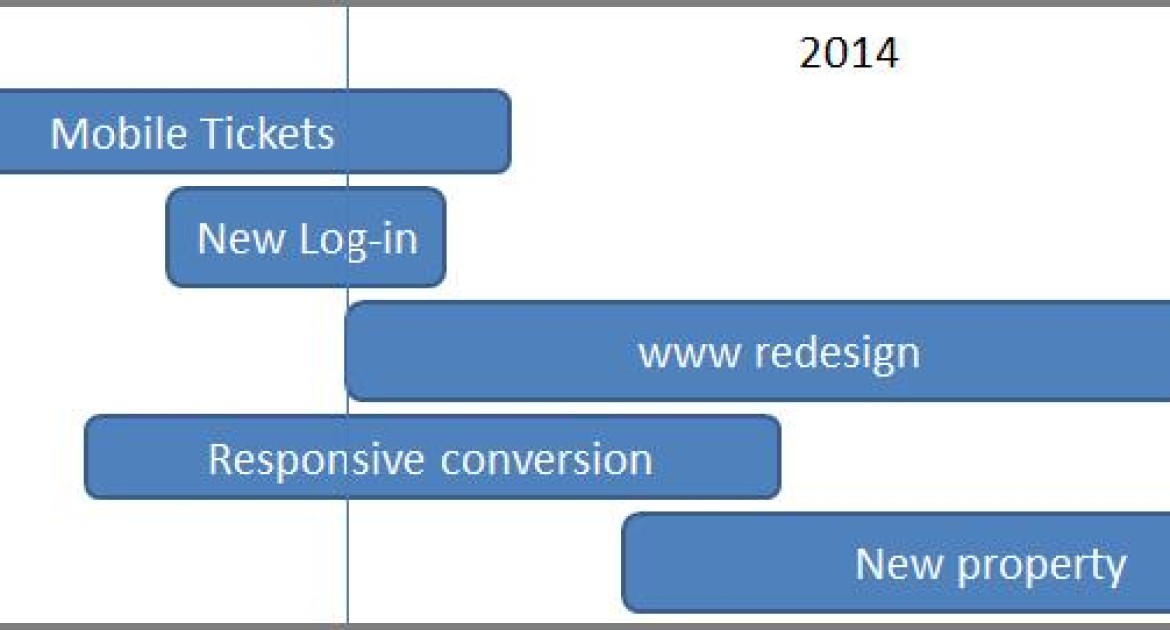 One of the odd behaviors with the current rage for Agile and Lean Startup is an aversion to plan further than 2 or 3 weeks out. The current thinking is to get something out there as fast as possible and “lean in” to a quick user or A/B test. [Editor’s note: I recognize it’s a bit strange Sheryl Sandberg’s phrase has been co-opted by the Lean movement, but that’s a strange sociological artifact to be investigated at another time.]

I love the idea of quick prototyping and testing, but it’s ironic that ex-PMI (Project Management Institute) types, who used to make a living planning out 2-year long projects in Microsoft Project, now refuse to plan out further than a few weeks.

There’s a happy medium of course, and fortunately most respected experts (Mike Cohn, David Hussman, et al) agree that release planning (all the way through launch) is still a good thing.

Planning out at least through launch doesn’t have to be heavy.

I think of it in three phases:

Many teams make the mistake of jumping right from the HLP to the daily scrum board (LLP), and not plan for what features (or stories) will actually get done when.