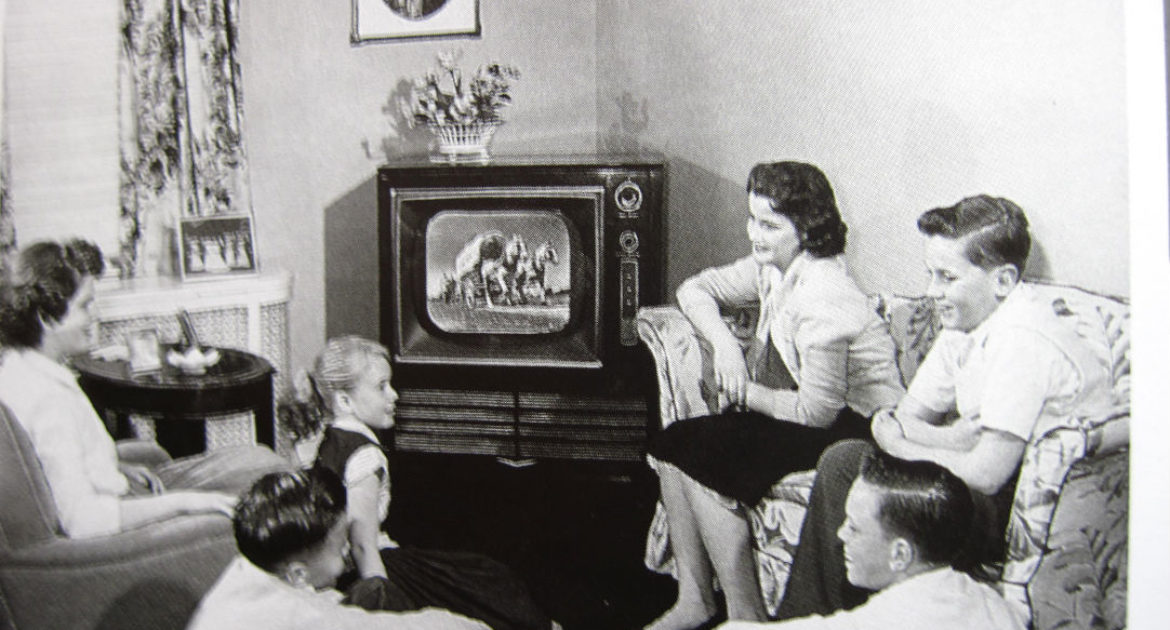 Watching the final Mad Men last night, I wondered why we in digital media haven’t been able to tell a story as compelling as a good television show (or dance, movie, painting, play, book, poem, TV commercial, or any other story-telling platform). I can’t think of one website, mobile app, or video game that, after viewing it, I felt moved like I did after last night’s show.

It probably sounds passé now, but there once was a technology we thought would be a new way for telling stories, and maybe even creating art. It was called ‘multimedia’. The word arose in the mid-80s, born with the invention of the CD-ROM, the promise of 650mb of portable data storage, and MacroMind VideoWorks (later MacroMedia Director, the granddaddy of Adobe Flash). Some of us thought it would become a revolutionary platform that would interact with the user and provide a bottomless stew pot for every possible type of digital content. And, the final experience would be at least partly crafted by the viewer—which was going to be its niche. We had grand visions of projection rooms like the one in The Man Who Fell to Earth in our living room, or Star Trek’s Holodeck in our garage.

It probably sounds passé now, but there once was a technology we thought would be a new way for telling stories, and maybe even creating art.

I’ve heard there are still a few people out there struggling to tell stories with multimedia.. A few ‘interactive novels’ pop up on Amazon every now and again that include text, video, music, and voice recognition. I still see posters for quaint ‘New Media’ exhibits at the local modern museum that look an awful lot like dusty video screens stacked in a pyramid. I haven’t seen them, but I doubt they hold a candle to the emotional impact of a Mad Men episode, a 45-minute set by War on Drugs, or standing in front of Gehry’s Walt Disney Concert Hall.

There are some glimmers of the old multimedia promise out there. A few weeks ago, to escape of the desert heat at Coachella, my son and I ducked into the Samsung booth and were urged to ‘experience a virtual snowboarding adventure.’ Actually, it was just a Samsung Note 4 strapped to a headpiece and headphones, but the headset responded accurately to my movements and the experience felt like something new. Though I was only slightly more engaged in the snowboarding story than I would be by a car commercial, the responsiveness of the headset, the blasting air conditioning nearby, and 360-degree video carried me away for a few moments (though not all the way to the slopes at Squaw Valley).

I don’t think the missing ingredient is a lack of stories or the technology itself. I think what’s missing is hope. Artists in other medias–from Bob Dylan to Gustave Eiffel to Robert Rauschenberg–are famous for creating art with all types of media that give us hope, but I can’t think of one piece of software that has done the same. What we get out of most digital media these days are either flat templates selling us something or content management systems that host fear, anger, and envy.

Hope isn’t enough of course. We won’t get anywhere in digital media until we have visionaries like Matthew Weiner (the creator of Mad Men) who bind that hope into a yarn. Mission and vision statements won’t do it. Any great work of art that resonates with humans is always one man’s or one woman’s outlook on life, a narrative of their personal struggle. Great technology (or any business, for that matter) only succeeds if the people creating it are organized around the founder’s vision like metal shavings around a magnet.

Unfortunately, I don’t see many of our digital leaders constructing other narratives than ‘buy me.’ Success, for too many of our high tech successes, is just an incremental lift in a multivariate test. And, from what I can see, the digital laborers who work for them are either bored or tired, slaving away on yet another landing page or praying their hack day project doesn’t get dismembered in committee.

I hope someday new media (or software, or digital media, or multimedia, or whatever it’s called in the future) will be the platform for our future storytellers to move us in new ways with at least as much emotion, hope, and vision as Mad Men did for me last night.