HomeManagement The End of a Manager

The End of a Manager 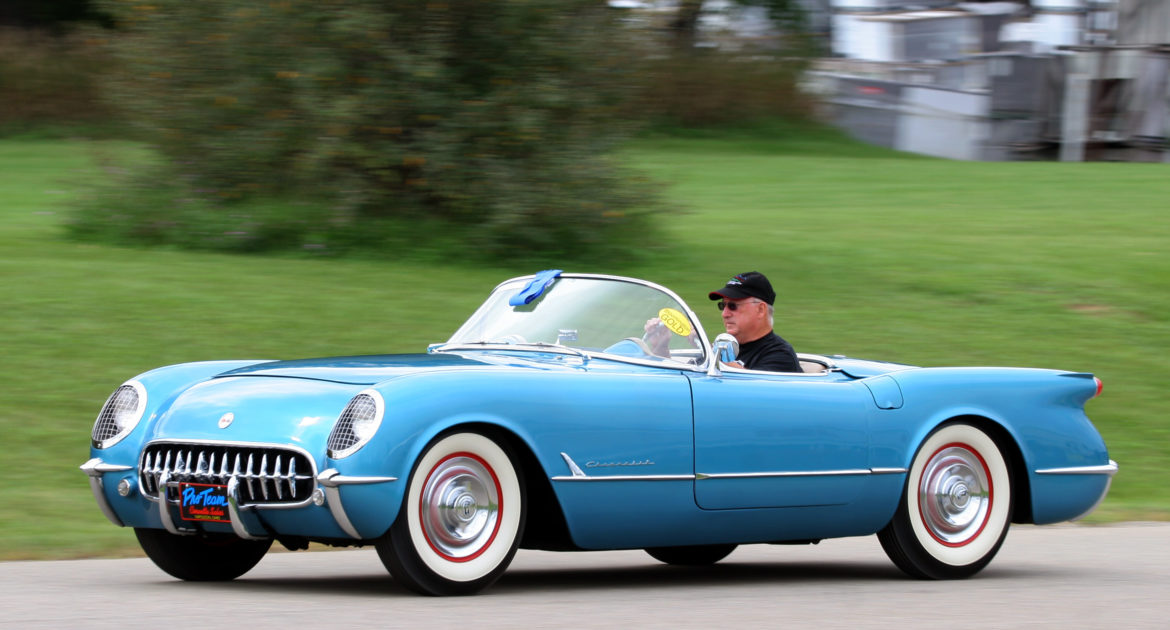 In early 1999, my wife Beckie, our newborn son Hank, and I lived in a pre-fab log cabin in the shadow of Mount Tamalpias in San Rafael, California. On Tuesday nights Beckie and I took massage classes at Mill Valley High School and on weekends hiked up the Dipsea Trail with Hank in a baby Bjorn. During the week we made edutainment CD-ROMs at Broderbund. Despite our peaceful existence, we couldn’t ignore the rush of cars outside our office window heading for dot.com gold in San Francisco. When the Nasdaq index hit 2,500 even the administrative assistants skipped lunch to buy and sell on eTrade.

A recruiter’s call to Beckie was all we needed to pack up our few belongings, say goodbye to the book club, and head south in our rusty Volvo.

We told ourselves San Francisco was already played out–though we were just scared of it–so we held our breath until Half Moon Bay, started to relax by Carmel, then grew tired as we wizzed by San Luis Obisbo. A day later, we grew tense again coming over the Grapevine Pass into Los Angeles. For our first time, overlooking the valley below, we saw the stubbled carpet of homes and buildings, the snake of cars, and the haze of hope and fear we’d heard about in countless books and movies.

After parking our belongings in a corporate apartment in Monrovia and Hank with a babysitter, Beckie went off to a windowless office at Disney warded over by a woman convinced she was Creative, and I commuted two hours to sit at a little table on wheels at Sapient in Santa Monica. My office, at least had a view of a water garden, but there was a leak so it had been drained and all the ducks sat on hot tar paper.

It was at Sapient where I first met Dick McClure. He was the lead client executive for our office. Older and more experienced than the rest of us, he had a portfolio of stocks, more than one house, and grown-up kids who called him from wherever in the world they were at the moment. We trotted him out at big meetings at Honda, Nissan, and Toyota or whenever we thought a client would be calmed by his gray hair or amused by his chuckle.

Dick was also the first to get pulled into a room when someone wanted to quit or were considering a better offer to go somewhere else.

“Until you fix whatever is bothering you here, you’ll take it with you,” he’d say.

Dick’s manner suggested another time, another world, where things actually went according to a plan. And, even if they didn’t, there was a vague assurance there was another plan, and if you pursued it, you could fix it this time. He came from some place where you listened to each other, put words up on the wall, discussed them without rancor, and made a decision come what may. It didn’t occur to us that companies could ever live without guys like Dick, in good times or bad.

Most of the time however, we let Dick do whatever he did and we went back to playing ping pong, scribbling on whiteboards, or printing and binding expensive proposals. It was like a semester abroad in Paris. We were free because we weren’t part of everyone else’s daily grind. Everything seemed possible from behind a laptop and color printer. We ate at fine restaurants with our clients and money flew in from every executive who thought they needed a web site.

In early 2000, however, the Nasdaq went from 5,046 to to 1,114 seemingly overnight, and the dot.com boom was over. Clients took days to return our calls and sobbing H1B engineers were sent home to Bangalore. The bean bag chairs were piled in a corner, and the 7-series BMWs and the Porsche 911s disappeared from the garage one by one as the Alternative Minimum Tax worked its magic.

Those of us left behind huddled in a conference room the size of a closet to figure out what to do next.

“Let’s eat later,” Rob, our sales guy said. He was Irish and ready to burst. “In fact, let’s agree to NOT eat until we sell something. Starting today, we give our clients what they want. Whatever they want. We take a loss for a while. We give them engineers, designers, workshops, whatever.”

“We’re not really in the time and materials game,” Brad, our stoic technical lead said. “Dropping an engineer or two into Honda or Toyota’s IT department won’t do our brand any good.”

Dick stood up and started drawing lines on the whiteboard.

“By the end of today, let’s line up the top three issues your clients are facing. Let’s go through them client by client and figure out three solutions we think we can address with the people we have left. We’ll focus everyone there.”

It might have been because Dick was from Toronto, where things, I imagined, were more gentile and reasoned. But, I suspect he wanted commitments from us so he could move on to the more important things in life like walking on a beach. We did work and we got paid for it. But, unlike the rest of us, after work, Dick went fishing, or to the theater, to dinner with his wife, or to read a book, and didn’t feel bad about being misunderstood. He didn’t want any drama, only a conversation and a simple agreement. He didn’t tell us what the solution was, or where it would end up but, but he helped us, inch by inch, mile by mile fix what was broken and appreciate the view along with way.

“Most people don’t know what they’re good at”, he said to me once. “Part of my job to help them do more of what they don’t even notice.”

Two years later, our stock price was back up, our office was full of engineers. Our new President Alan took the leadership team and out to dinner at the Water Grill.

“Alan and I had a good chat with Dick today,” he said. “We decided we were headed in different directions.” Without most of us noticing, we had become a sales-oriented company again, and managers like Dick were superfluous. The world of career ladders, management by objectives, and mentoring were no longer part of the system. It had become a world of teams, big dinners, big ideas, packing as many people into a conference room as possible, and billing hourly for work that couldn’t be fully defined. After a perfunctory ‘retirement’ lunch the following Friday, Dick was gone, and we went back to work.

I didn’t see Dick again until years later while strolling around the San Marino Classic car show. San Marino, about 45 minutes east of Santa Monica, is the Los Angeles version of Mayberry–but a Mayberry where the average home costs $3M. The sky was blue, and Lacy Park, where the event is held every year, was rowed with Mercedes, Lamborghinis, and Porsches from every era, spread across 20 acres of grass and pine trees. Gray haired men in white straw hats, blue shirts, and lanyard badges directed cars to drive slowly down Judges Lane then back to their assigned spots.

I saw Dick, in a dark blue windbreaker and baseball cap chatting with chubby guy in a Tommy Bahama shirt, cargo shorts, and sandals. The Tommy Bahama guy was gesticulating with a cigar in one hand and a drink in the other, talking loudly enough that anyone could hear.

“Do you know Barry Shields?” he said, tapping Dick’s chest with his plastic cup.

“No I don’t believe I do,” Dick replied.

“Didn’t we meet at the Governor’s Club last year? Or maybe it was at the Campus Club in Tampa?”

“Nope. I don’t believe I’ve ever been there,” Dick said. “They sound quite nice, however.”

Dick noticed me lurking over the guy’s shoulder. He gave me a big smile, waved, and gave me the give-me-two-minutes sign. He graciously stuck with the guy until he finally moved off. Dick strode over to give me a big hug.

“That guy is very well known broker, so I have to be nice.”

“Is this your car?” I asked, pointing to the low slung convertible behind him.

“You bet. I’ve been working on her for 5 years now. It’s a 1954 Pennant Blue Cloverfield inline 6-cycle Powerglide Corvette.” He stroked the interior like it was a show dog and had me look down the gunnel to prove there wasn’t a spot of Bondo on it. He asked me to get down on my hands and knees and look at the undercarriage.

“See that?” he pointed to a metal tube running up the edge just under the door panel. “It’s the brake line. On the other side, there’s another metal tube that looks similar, but it’s the fuel line. Exact opposite purpose. What makes this car so rare is 1954 was the only year they put the brake line on the port side and the gas line on starboard. Before and after 1954, it’s always the reverse. They only made about 500 cars this way. You’d never know the difference by just looking at it. But it’s an important difference.”

When Dick started up the car, it had an unusual rumble. “It’s got three carburetors and they’re almost impossible to keep in sync, so she waggles a little bit. Like an old golden retriever with hip problems.”

We turned west on Huntington, up Lake, then got on the 210, and then headed up the Angeles Crest Highway. As we drove, Dick peppered me with questions about my future, what was next for my family and me, and where he could help. After a while, our conversation faded and we both just looked into the summer breeze and the lengthening shadows on the valley floor below. Somewhere around the Mount Wilson Observatory, we looked down at Sierra Madre and the vast expanse of LA, from east to west, from the edge of Santa Monica to the flats of Rancho Cucamonga and the whole world of people doing the best they could in between.

With great respect for Richard McClure and Joan Didion.